Shoppers’ choice of online payment methods plays an important role in Japanese e-commerce. This is something that its good to know.  Especially if you're planning to sell your products online in Japan.

A land where cash has been king

Japan has a reputation as an ultra-advanced society. But in contrast, the Japanese have long favored cash over plastic in their wallets. This has started to change significantly over the last 20 years, with the greater use of credit cards. However some habits die hard. So what are the implications for Japanese e-commerce?

Credit cards are indeed the most widely use online payment method in Japan.  This was seen in the following results from a survey of Japanese online shopping habits: 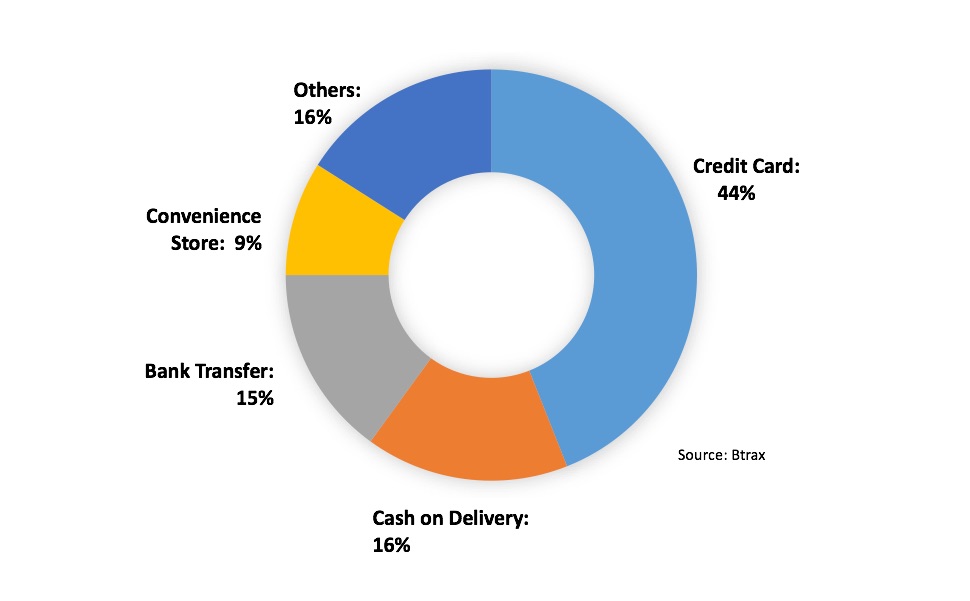 However, overall other online payment methods were favoured by the majority of online shoppers.  Cash on delivery, bank transfer and payment at convenience store were all used by substantial groups of the population.

Younger shoppers such as teenagers are much less likely to have a credit card.  So this group tends to use cash on delivery or convenience stores.

But there is also a broader reason at play. This reflects the conservative nature of Japanese society.  It can be seen in another survey .  This was conducted by the Japanese Ministry of Economy, Trade and Industry.  And it included a question on the of worries when making an online purchase...

So what are shoppers' worries when it comes to Japanese e-commerce?

The #2 reason which Japanese shoppers gave was that of “handing over private data like credit cards”: 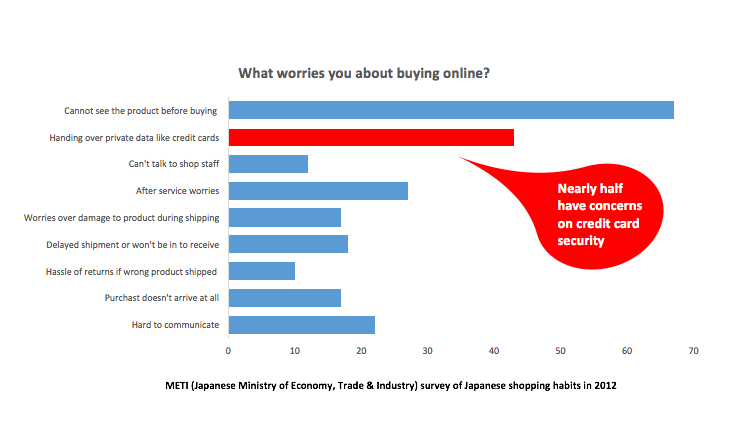 Japanese e-commerce has grown strongly during the last 3 years. So its to be expected that online shoppers will have become more used to sharing their data. But the deep, cultural concern is likely to remain to some extent. Especially with the high profile security breaches such as that for Sony PlayStation that have been covered in the media.

Setting up an online shop with all of these payment options can be quite onerous.  This represents a challenge to companies wanting to sell their products online in Japan.

Fortunately, the major ecommerce marketplaces in Japan such as Rakuten, Amazon and ZOZOTOWN take care of this problem. They do so by offering shoppers the full range of payment methods.

This is another reason why it's a great idea to use such online shopping malls for selling in Japan.

These are the “go to” places for Japanese e-commerce. Not only do they offer the high traffic densities. But they also provide the convenience that Japanese consumers expect when it comes to online payment methods