The Japanese online market has been set alight recently. All because of a mobile shopping app called 'Mercari'.

In 2015 Mercari had the fastest growing user base of any app in Japan. It beat both Instagram and Facebook.  Then last month the parent company achieved a pre-IPO evaluation of over US$1 billion. This made Mercury Japan's first ever ‘unicorn’.

The app was only released in 2013. But already Mercari is turning its attention towards the US market.

How has Mercari conquered the Japanese online market?

Mercari is C2C marketplace that is available only on mobile devices.  Most transactions in the Japanese online market are made on smartphones. In fact this is highest level in the world. So Mercari has ridden a wave of popularity for mobile shopping in Japan. 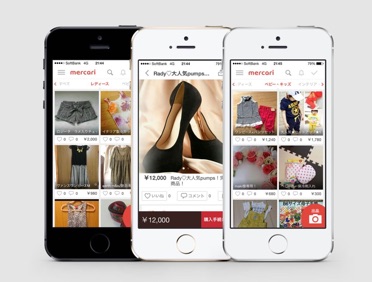 But Mercari is not the only C2C app available.  Success has been achieved by focusing on 3 areas:

Ease of use:  It has an intuitive user interface. This allows transactions to be completed in seconds. And with a focus on the small screens of smartphones.

Speed:  Items are displayed in a timeline. Newer items are shown at the top of the page. Many items are bought instantly.  And many others are sold within an hour of posting.

Transaction security:  Mercari handles the payment process end-to-end.  The buyer is notified when the item has been shipped. The cost is covered by the company if the item is not received. 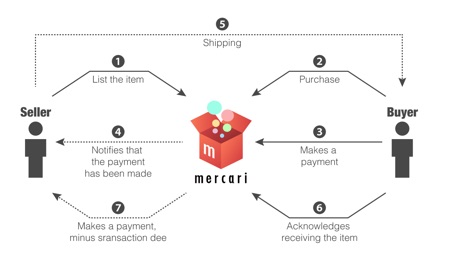 By acting like an automated “escrow account”, Mercari problem transactions are minimized. This includes the sending of goods which don’t match to listings.  And sellers banking payments without sending items. This are scams often seen on C2C  marketplaces.  The result - a greater sense of safety for shoppers.  And surveys show safety to be a very important consideration for Japanese online shoppers.

Now the team at Mercari is developing a version for the US market.  This is set to take on existing C2C marketplaces such as eBay and Craigslist.

Historically, online innovation has flowed from the US to Japan. Mercari could be the first to reverse this trend.  The  Japanese mobile shopping market could be the source of future C2C apps in the west.  Quite a milestone in this space!